WhatsApp just got better and safer. The company just concluded its critical security project. This project brings everyone the true experience of private conversation. On your phone, a very strong end-to-end encryption will safeguard all your conversations. This new feature, which will be available on the app latest version, will be set by default. That means, no one can turn it off. This is a good news. We just lost our fight with FBI. If a billion of WhatsApp active users should suffer the same fate again, what will be left for the future of privacy? 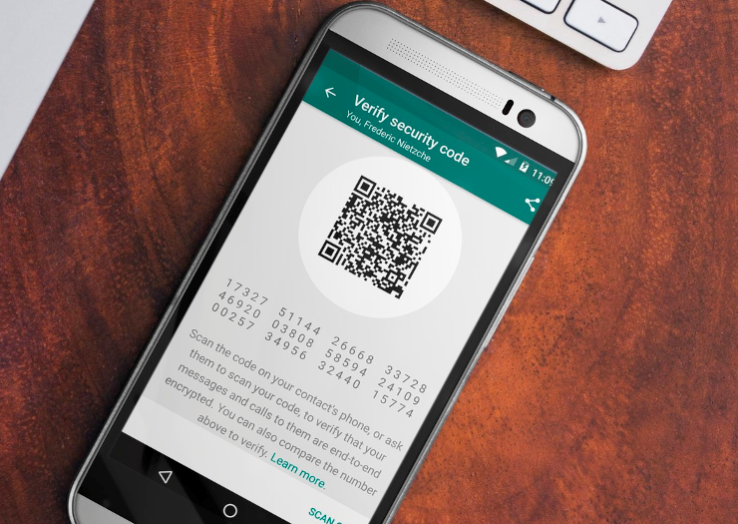 WhatsApp went all out this time. This project is not just about encryption. It is about amplifying everyone’s hope. WE NEED PRIVACY. Everything necessary was done in accordance to this hope. From text to video comms. Everything was done to complete the puzzle.

It is the encryption.

End-to-end encryption is about everything you desire for privacy. It offers two important things. First, your communication won’t be stored on WhatsApp’s server(s). And here is the good news. No one holds the decryption key. Not even you, WhatsApp, the government, judge, or anyone else. No access to your communication or whatsoever. So, next time the FBI tries to push WhatsApp to hand over your messages, it will be useless. Your messages are not there to access.

We may have lost the fight once, but this time we won’t. This end-to-end encryption is the answer. WhatsApp may took a year to finalize the encryption, but the whole project was actually begun in 2013. Three years ago, Edward Snowden told us the truth about privacy. He stormed the world by revealing government-backed mass surveillance programs. Everything we believed we know about privacy was never existed. And here we are, three years later. Three years of research and finally we can claim our privacy back.

The next year, WhatsApp partnered with Open Whisper Systems. This company is quite popular for its end-to-end encryption. At the end of the year, a special project was crafted. Worked together by two companies, this project will change the future of privacy. The Signal Protocol, as they called it, had been implemented on WhatsApp app since then. And now the news just came out. An unknown hacker spoiled it. The Signal Protocol implementation is now complete.

Here is what the hacker told us:

“This includes chats, group chats, attachments, voice notes, and voice calls across Android, iPhone, Windows Phone, Nokia S40, Nokia S60, and BB10. Users running the most recent versions of WhatsApp on any platform now get full end-to-end encryption for every message they send and every WhatsApp call they make when communicating with each other.”

This encryption is a huge step, not only for WhatsApp, but also everyone. However, that depends on one condition. Your friend and you have the latest WA version. If either of you doesn’t, your message won’t be encrypted. Some of you may seem it as a flaw in WA encryption, but not from our perspective. By depending on both sides, WhatsApp somehow wants to remind us that privacy doesn’t depend on one person. If you really care about your privacy, then make sure your friends care about it, too. That is privacy.

How do you know your chat has been encrypted?

Simple. Your WhatsApp will notify you about it. You’ll receive a notice on your screen, similar to the following image.

Here is another good news. You will now be able to confirm the person you’re chatting with. You can verify his/her identity by reading a number string or scanning a QR code. This feature will keep all imposters away.

See? The world of messaging just gets better. Our privacy is, too.