Our privacy is at stake today. Worry not only companies today, but also governments. FBI, CIA, and NSA were the first, but they certainly not the last asking for access to our privacy. While, we are fighting against it, together with Apple, people in UK will soon face another dark age in privacy. The new Snooper Charter is planned to be billed at the end of this year. This bill expresses nothing, but the failure of UK government. Terrorism is not enough to become a reason for legalizing government spying. Everyone knows terrorism is dangerous. Many could be killed. However, spying on us is not a solution either. Who knows what will happen with the data? The government can use it for anything else besides preventing the terror. They can even use it to put fear in our life. If the government knows everything about us, will still be there a future? 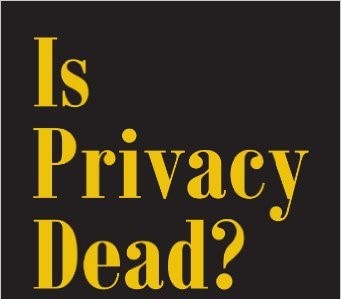 This Snooper Charter must not pass. But not every committees in UK parliament understands this. This is why Theresa May, the UK Home Secretary is so optimistic in passing this bill. If it does, this year will be our last year for privacy.

So, what does this Snooper Charter do? It legalizes spying. Not every spying, but the one our governments do. But, that’s not the worst part of it. It applies worldwide. In case you don’t understand, that means three nightmares. First, the UK government can spy on you. Second, you can’t sue them for it. Third, no matter where you go, they can still spy on you. This is the act of legalizing state mass surveillance. It is not just a new form of colonialism. It is the worst colonialism ever. It is the most precious part of our life they want to steal. Yet, they want their hands clear of it. This is why they need legal support. First, they need the MP support. Next, they target the House of Lords. They do this in secret, avoiding all media. That’s obvious though. If public smells it, there will be a problem, a serious one. The one we want you to realize now. This Snooper Charter must never pass.

A Long Way for Snooper Charter

They’ve tried to pass this act several times. So far, they failed. But, we’re afraid this time will be different. May said that the majority of UK parliament supported this Snooper Charter. The draft is still changing. However, the last version makes clear two things. First, a pragmatic approach will be taken to deal with every case. Second, company is not required to decrypt its own services. Only if it’s technically feasible, the decryption request will be made. Also, all involved costs will be accounted to the government.

For a moment, that sounds good. No decryption will be involved. It seems friendly enough. But as good as it may seem, it doesn’t satisfy our curiosity. So, we took another step. There is a public version of this Snooper Charter. This is what we were interested in. Somehow, they are different. In this version, things become worse. The government will be able to hack your gadgets. No PC, tablet, laptop, smartphone, smartwatch, or anything similar will be safe. Well, relax. That’s not the worst part of it. If Snooper Charter passes, not even your browsing history will be safe. The UK government can have it for 12 months, without your permission. Everything we dream the most to keep to ourselves, they can have it. Our privacy? There is no such thing in Snooper Charter.

We imagine, if only those are the only reasons. If only the government was honest, we would kindly help them. However, we know they don’t and will never be. This Snooper Charter is one of their lies. Once they know the key to our devices, they won’t let it go. They’ll find another reason to keep it. All in the name of law. For threating life, missing persons, damaging somebody’s mental health etc. They can make any reason to tell. Us? There will be nothing to do instead accepting it. Way to prove it? Nothing because it never exists. Only the government knows the truth.

Here is the only truth. There won’t be privacy in UK if Snooper Charter passes. That’s why the Home Office were so afraid to let the public know. It took only four hours for the Home Office how they were afraid of public response. They said that phone and computer hacking as well as all powers mentioned in the public version as key change. It was supposed to be included in the draft bill. However, as they said below, they missed it.

The police may not be the best hacker, but never underestimate them. Hacking is their favorite. This is not the first time they hack into your phone. It’s part of their job. Long before this Snooper Charter, they had already hacked so many devices. They were first granted this ability under the 1997 Police Act. Back then, hacking was allowed only under exceptional circumstances. Furthermore, two things must be obtained by the police: judicial approval and ministerial authorization. Without these ‘approvals,’ the hacking would be illegal.

Given those requirements, it must be difficult to gain evidences, especially on special crimes. We don’t know when it started, but today police doesn’t necessarily require those approvals. Today, hacking is done in most serious crime cases. For how much, we don’t know. The UK police loves hiding secrets, it seems. They lie to cover these secrets. So, no one will ever find it. They think they’ve succeed, but they’re wrong. Everyone knows about this Snooper Charter and how we’ll lose our privacy. This time, the bill won’t pass.

An officer in London Metropolitan told us about the hacking. They always do it in silence. A covert ops, leaving no trace, or damage. This way, only some people will know about the op. To know about it, you must become either an MP or peer.

That’s enough with our history lesson. Let’s get back to the problem. Since 1997, everything has moved forward. That includes hacking and its technology. Today, legalized hacking allows remote hacking. With proper tools, you can take control of anyone’s device far away. Anyone can be inside any PC. If a person with limited resources can do that, can you imagine what your government can do?

This is the real issue. The government has their own purposes and we have ours. While the government seeks control of our life, we want freedom. It is nearly impossible to connect these two. For example, the Home Secretary rejected some recommendations from the MPs. One of them is using the surveillance power for UK economic wellbeing. We don’t know what it actually means, but that sounds using personal data to make money. And they are trying to make it legal through this Snooper Charter.