How much do you know about your smartphone? A communication device? Something you can bring wherever you go? Something to take a selfie? Well, you’re going to hate this if you treat your smartphone like any of them. Your smartphone is much more important that any of the above. In fact, inside your smartphone, there is your digital life. There is a record of everything you do. Now, just imagine someone was spying on your smartphone. Don’t think only your government can do that. Spying doesn’t always require really expensive stuffs or secret agent. Sometimes, it only needs your phone number.

Is that even possible? Yes.

Experts from Research Labs in German exposed the fact. Hacking doesn’t always require password. Sometimes, it is all about our phone number. To prove this, a team of experts and the US Congressman from California, Ted Lieu agreed to conduct an experiment. The Congressman agreed to become the test subject for this research, along with his off-the-shelf iPhone. For security reasons, no sensitive information was stored inside the iPhone.

This research had only one goal. Everyone must know how easy it is to spy on our smartphone.

Everyone was prepared to get the bad news since the beginning. It was meant to prepare everyone that, if everything went as planned, nothing good would come. And that’s the bad news. Everything went as expected. First, the team found one of our biggest mistakes. There are flaws inside our mobile network. One of them is called Signaling System Seven (SS7). This flaw was the key to hacking ‘project.’ However, it won’t work without a phone number.

So, what exactly happened back then? Karsten Nohl answered this question in an interview with Sharyn Alfonsi. The team used the SS7 flaw and Ted’s number to hack into his iPhone. Once inside, they were able to bring our worst fears. They were able to read his texts, view his contacts, track his movements, intercept and record calls. Simply put, they know everything that came in and out. 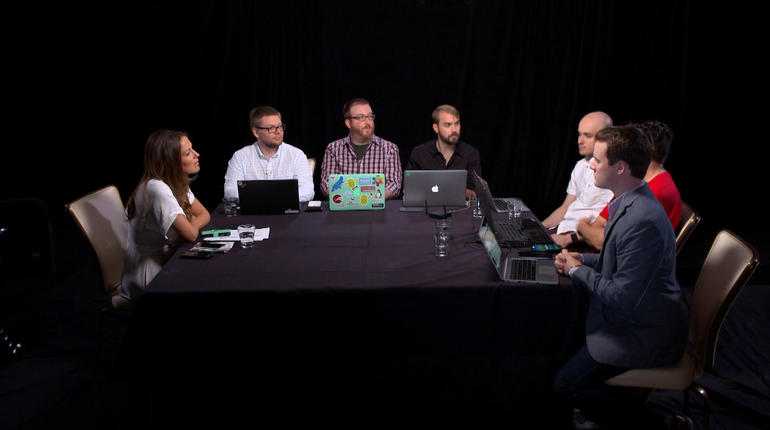 Imagine what cyber criminals can do with this attack. They can turn any smartphone on this planet to their side. It doesn’t matter what smartphone you have. That’s why it sounds so creepy. No limitation at all. And that’s when we began to ask. Is this nightmare really the end? Is this really the end for mobile network? Should we replace it for something better, perhaps?

Well, if only we could do that. There are billions of phone number around the world. Replacing them will never be easy. So, instead of thinking about it, the team started digging for more information. And here is what they found. This attack has a weakness. It has no impact against anything that doesn’t require phone number. Installing/uninstalling apps, choosing pin number, buying phone, selecting wallpaper, and many things else. They may sound simple, but let me remind you. Even a slight chance can define our victory.

We ‘Chose’ to Ignore

The SS7 flaw is not new. It was first reported in August 2015. Back then, we recognized it only as an imperfection. It existed in our mobile architecture. That’s when we made our mistake. We forgot one important thing. More than 800 telecommunication operators around the world used that architecture. A year later and nothing has changed. The SS7 flaw still exists. And what should we do now? Should we just ignore it again?

Our choice has led us to deal with this problem today. Believe it or not, it’s now or never. But, before we can eliminate this treat, we should know hot it works. Learn how it controls your smartphone.

Before the attack, the hacker needs to prepare some devices. One of them is an online recording device. This device will intercept any call from the target’s smartphone. And that’s not it’s only feature. If combined with other hacking tools, the hacker can track the target’s movement. Put the data on Google Maps, and voila!! You can never escape their sight. Not if you still keep your smartphone.

Does that sound creepy? Well, wait until you read this. Remember when I told you that this SS7 isn’t new? Good then. Now, what do you think has happened from that time? It’s been a year now and it still exists. Why? Because our governments choose to keep it alive. Our governments want to control our life. They want to know everything we do. They want to know what you’re thinking in your mind. That’s why they do this. That’s why they keep the flaw in our smartphone. There is no global policy about this flaw. Every government is behind this mobile crisis. And who should we trust now?
Get VPN.asia for FREE!
Best VPN provider with high speeds to protect your online freedom.
Signup now and get instant access