August 15, 2015 was a day to remember for Internet Explorer users. Microsoft answered their prayer by fixing critical security problem in IE7 – IE11. In fact, I even began thinking that Internet Explorer might regain its glory. 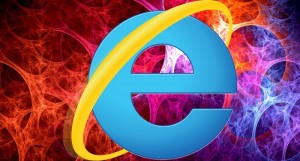 Another security patch released for Internet Explorer, would it make any difference?

The patch saves us, but why not sooner? With the company size, why Microsoft needed a long time to release the patch? Online attackers have been using this vulnerability to infect thousands of PC. They use malicious web site to host the exploit kit and let IE users infect their own system. It becomes worse as Microsoft applications use IE as their default browser. For example, if you agreed to download “Language Pack” for MS Office, the app will direct you to Microsoft webpage by using IE by default. In other words, as long as you have IE in your system, your system might be infected. Unless, you have installed this patch or use our VPN Asia to keep you safe.

If I were a hacker, then this hole would be my gold mine. Microsoft might say no one has exploited the hole. However, there have been reports of IE users become targets of this attack.

Online criminals have long spotted this hole before the patch. They used malicious web pages to host the attack codes. By cloaking themselves as legit websites, they attract Internet Explorer users and infect their systems.

They Use Your Internet Explorer to Infect You

It is not impossible at all for attackers use you to infect your system. Here are their common methods:

1. They choose popular ad networks to host the exploit. The more legitimate websites use the network, the more users they can attack.

2. They take control over legitimate blogs and websites by hacking into the system. Choosing high-ranked websites and blogs is the key element of this attack.

3. They replicate legitimate websites and create their own. In some cases, it also involves search engines manipulation. This way, their website will appear “legitimate.”

4. They send you emails containing link to the malicious site. Once you clicked it, the attack begins.

As the security patch is now available, should you feel relieved? I am afraid not. This is because Microsoft, as the vendor, finally admitted the hole. It is no longer a myth. Now, anyone can target that particular security hole to infect your system. Therefore, installing this Internet Explorer patch is the best solution we have now. 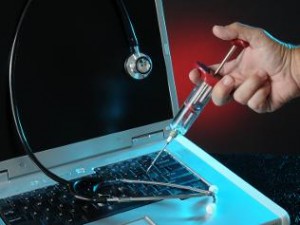 Will you browse safely with the new Internet Explorer security patch?

You should be able to install the patch now. It became available a week after Microsoft released a bunch of other Internet Explorer updates. Along with other security fixes, we do hope we can entrust Microsoft with our security. They do have a good commitment with our security. Additionally, you can also use our VPN Asia to ensure your online security.