Last week, one of the greatest battle we ever seen ended: Dota 2 The International 5. Teams from around the world gathered in one battlefield to find out the true hero amongst them and after a tough battle, we finally got our hero: Evil Geniuses. 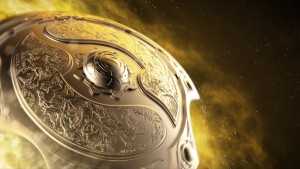 Dota 2 The International 5: The Battle Begins

This American team not only became winner of Dota 2 The International 5 (TI5) with the highest prize ever ($6,6 million dollars in total), but also the first winner in Dota 2 The International history who came from North America. Well, they deserve the win. It was a very tough battle and there was no one who can predict how the battle would go. Even after there were only 2 teams at the Grand Final: the Evil Geniuses from North America and CDEC from China, we could not find any clue that pointed to the possible winner. Both teams were very strong, highly skilled in battle strategies, and solid as a teamwork. It was a very fierce battle, but soon after Evil Geniuses found their way to defeat our Chinese team who deserve for the second place in the international tournament and approximately $2.8 million.

Dota 2 The International 5: It is Not Just a Game

How the Evil Geniuses made their way to become the winner is not the only thing that makes this year’s TI5 interesting. This Dota 2 competition, like always before, have too many interesting things to tell. One of them is about how VALVE uses secure VPN connection not only to keep the game and its players Stay Safe from Online Attack, but also to boost the game. This fact explains the excellent graphic and performance of the game. At the same time, there is one event we cannot forget: unexpected winning from the best-of-five teams. While most audiences and even Dota experts considered the EG team had the least possibility to win, they successfully turned their fate by defeating LGD Gaming just hours before the battle ended. “They won because of their advanced battle strategy and teamwork,” an observer said. 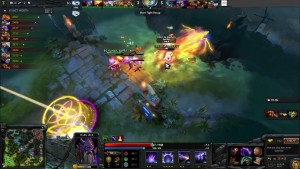 The Grand Final night was a night to remember and it was too fascinating for us to forget. The best thing is the whole game came as a dramatic improvement over the anticlimactic Grand Final from our Dota 2 The International 4.Well, there was not much to remember from the Grand Final night, except for the 20 minutes the ViCi Gaming needs to defeat Newbie (3-0). In fact, this Grand Final was supposedly to be the only Grand Final we should not remember and probably, it is for this reason, Dota 2 The International 5 came with lots of exciting stuffs from underdogs coming out of nowhere and teams you could barely defeat if you did not come with advanced battle strategy.

Dota 2 The International 5: It is not just a game
Get VPN.asia for FREE!
Best VPN provider with high speeds to protect your online freedom.
Signup now and get instant access